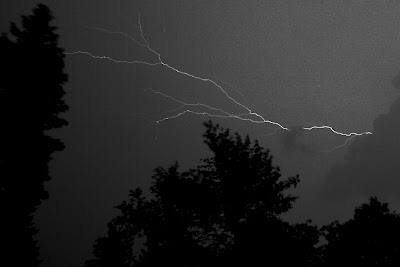 Today's events could easily be categorized into two distinct groups: the successes and the duds.

In chronological order, it gives a better sense of the wishy-washy way in which things passed.

The morning was dull. Plain and Simple.

We drove for a long while, with the aim of arriving in Scranton, Pennsylvania for an early afternoon espresso and a quick tour of the lovely town in which The Office is supposedly set in. Our barista directed us to the building that the dysfunctional paper company's Scranton branch fictionally resides, but it didn't resemble whatsoever the building that appears in most of the exterior shots in the TV show. In fact, most of the town was unrecognizable or completely lacking in correlation with the size and appearance that the show projects. The only trace of the NBC production was a city banner sponsored by "Dunder Mifflen Paper Company Inc." My overall impression of Scranton was that it had a lot to offer to the locals, but was tightly-knit, and not accepting of outsiders.

For the remainder of the day, we drove. How many miles exactly, I do not know.

Throughout the whole of Pennsylvania, and for that matter, all across the country, there has been a low smog-like haze, that has reduced the visibility severely. Here, specifically, directly above us on the highways, an icky grayness has shrouded what should be a bright blue sky. We've been afraid that it's pollution, but are fairly certain it's merely a temporary collection of fires, dust, the summer haziness and general pollution, so not entirely from the same sources as our lovely global warming.

It's hot. Everywhere. Not so humid, but hot, the kind that is absolutely inescapable.

We got to our hostel, the "Ironmaster's Mansion" in Pinegrove Furnace State Park, and checked in - our hostess was nearly inaudible and invisible due to her size and volume of speech.

The only other guests at the hostel, Don and Marsha, were hikers who had just completed the last thirty-eight or so miles of the Southern half of the Appalachian Trail. Together, we enjoyed a wonderful display of lightning and thunder, while snacking on some small sandwiches and yogurt on the covered porch of the hostel. This evening was fantastic.

Today's photo was taken during a typical (but amazing nonetheless) Northeastern electric storm.
Posted by August Miller at 6:55 PM