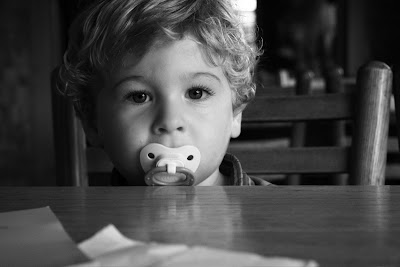 I'm lazy. I can't justify writing one entry for each of the last four days, when times have been relaxed, and sights have been infrequent.

However, one of the main goals of this trip was accomplished reaching Hillsborough County, New Hampshire by July 28, two days prior to my grandfather's ninetieth birthday. I was told prior to the gathering that he was not likely to remember how old he was going to be, nor who many of the people would be.

Mom and I drove with Gran to Henniker, a hop and a skip northwest of Manchester.

For the first time on the blog, I'm turning over the reins to mom, who's writing ability and emotional connection with the happenings of the past few days are both much better than my own. I shall return.

Hi, folks. This is a little intimidating, since I've never written a blog entry before, and because I have to sum up several days. Here goes. The 90th birthday party for my dad was fun and gratifying and moving. Dad stationed himself at a table and never left his spot, holding court as people greeted him and sang for him, his secretary from 45 years ago at U.S. Gypsum keeping him steady company. Gus took pictures and I tried to get around to visit with as many people as possible, especially the family and friends of Dad's wife Judy (who planned the party so well, including invitations that featured a dapper Sinatra alter-ego for my dad).

The Stowell-Brakel contingent of our family continued the party long after Dad and Judy had gone home. With a couple of hard-of-hearing members and some naturally booming voices, we got a bit rowdy. I'm not sure Gus has ever seen so many beers and Jack-and-Cokes consumed at one sitting—at least I hope not. The party was further extended by dinner at the nearby Colby Hill Inn in Henneker, a sedate place made more exciting by our presence (and the meltdown of my napless two-year-old grand-nephew Gunnar). Meanwhile, back in the Pacific Northwest, John was kicking up his heels at his 40th high school reunion in Spokane! A wild weekend all-round.

We all stayed at the Courtyard by Marriott in Concord, NH, and got up the next morning in fine fettle for a stroll through downtown Concord (and a fruitless search for palatable espresso in the New Hampshire caffeine desert). Gus and I got lost going back to the hotel to check out—what Oregon bumpkins!—then managed to find the Christa McAuliffe Planetarium where we saw a cool show about the search for water in our solar system.

That evening we resumed our visit with Dad and Judy at their house in Hillsboro, having dinner with them, seeing home improvements inside and out, but mostly just sitting and visiting and enjoying Dad's enduring sense of humor and love of music. We can tell he feels close to us because he gets emotional, but we can't say for sure that he knows how we're all related.

Back to Exeter in time to see Gran off for yet another test to figure out why she's been losing weight. I blame our visit for her forgetting to pick up and ingest her barium for the next morning's CAT scan, which was rescheduled for later in the week. And, alas, we couldn't stick around for her cataract surgery the following Monday, but sister Linda will be with her.

We had two trips to the Atlantic Ocean in one day: Gus and I did some clothes shopping in Portsmouth, then drove up to York, Maine, to add one more state to our list and to dip our toes into the Atlantic. "The Yorks" turned out to be a pretty destination, classic New England seacoast, charming and tidy. That evening we drove east from Exeter to Rye Beach for dinner at one of Gran's favorite places on the water.

A reluctant good-bye to Mom/Gran, and we were off to the much-maligned Lowell, Massachusetts, which we found to be interesting in itself—but we were there to visit Jack Kerouac's grave and to see a traveling exhibit of his "On the Road" manuscript. He typed it on long pieces of telegraph paper, which he taped together into one long, continuous scroll. This year marks the 50th anniversary of the publication of "On the Road," which we're listening to on tape in the car in fits and starts. Kerouac's gravestone reminded me that he was born two days after my mother (same year)—what different lives they led simultaneously, though Kerouac burned out at the age of 47.

I also dragged poor Gus through my "other" hometown, Acton, Mass., where I lived from 5th grade till college. The house at 33 Alcott looked great, and we talked to the current owner about his improvements, as well as past and present neighbors. Paid my respects to the neighborhood pool, and to Judy Walsh's and Bill Morrissey's houses. Drove around town, past my schools and haunts, then it was time to hit the road for Northbridge, where my school friend Karen (St. Martin) Butler was waiting to feed and house us. She and Bill are really the only ones from the Class of '69 whom I keep in touch with—even so, I hadn't seen Karen for 20 years! She's a grandma now, and her three oldest kids are out of the house, but the youngest, Adam, is home for the summer while doing an internship with the Army Corps of Engineers. I had a lively visit with Karen and her husband Dave, catching up on Acton gossip and family news/travails and, of course, middle-aged aches and pains. Gus talked to Adam about college and work and other aspects of reality that are still rather abstract to Gus.

For me, the high points of the trip have been these reunions with family and friends. Gus has been very gracious and patient throughout, even enjoying the emotions, if not the content, of these visits. Still, we looked forward to getting back "on the road" and finish seeing the country together, this time east to west.

Today's photo is from Daniel's, a restaurant in Henniker, New Hampshire, where Kenneth Charles Stowell's 90th birthday was celebrated by the Stowell and Forest families - the model is Gunnar Brakel.

We have been here, here and here.
Posted by August Miller at 8:49 PM